Solar e.V. organized a seminar about intercultural issues from 7.-16.2.2014 in Berlin. All the participants in the training were from the partner organizations in Germany, Finland, Ireland, Italy, Portugal, Romania and Turkey. One of the topics was to learn from other countries and cultures and as well plan future activities and projects with each other.

The seminar included excursions to different organizations in Berlin which work in the field of intercultural issues and social development. We had also lectures about the anthropological side of transcultural theories and we tried out different kinds of educational methods about intercultural interaction.

The variety of different cultures in our group was huge, so the first days we learnt about the cultural differences within the group. It was in the end one of the most rewarding parts of the course though it wasn’t part of the actual schedule of the training. Getting together with each other was actually rather similar to the topics we discussed the whole training.

We visited a cultural center “Werkstatt der Kulturen” in Neukölln, Berlin. It is an organization which wants to connect people with immigrant background with the German people and make them visible to the majority. They also organize an interculturalcarnival called “Karneval der Kulturen” and it’s one of the biggest events in Berlin with 1,5 million visitors every year.

The manager of the organization Philippa Ebéné introduced us the organization and the group ended up having a conversation with her about the intercultural issues and discrimination in Germany. She wanted to point out that even the Culture carnival is one of the biggest events in Berlin, they get almost no funding from the city to organize it. We all acknowledged that it is one form of invisible discrimination we face every day in our society.

The lectures, meals and accommodation took place in Weißensee not far away from the Berlin city center. We stayed in the building called Kubiz, which is actually a former school building but nowadays a home for many social projects and non-profit organizations. In the yard of of the Kubiz-building there is also an urban gardening project. The guest house we lived in was really comfy with big dorm rooms, where one could at times go for a nap or have a Skype call to their families.

All of the participants were representing their organizations which all do work regionally or internationally in the field of sustainable development. Common factor for everyone was that we wanted to create new intercultural projects together within the people of the group. This part of the seminar was still connected to the intercultural learning since working with people from different countries demands to see problems in the perspective of other cultures.

Amongst the minorities of Berlin there is a large group of Romani people. The ethnic group consist of people with a miscellanous descent and is not as homogenous as people normally think. Some of the groups lifestyle is to roam around the world and Roma people can be found everywhere in Europe.

We visited during the seminar an organization Amaro Drom, which is providing help for non-privileged people in Berlin to find a flat or job and help learning the German language. The people needing help mostly consist of young Roma people, but Amaro Drom doesn’t discriminate anybody when it comes to providing help.

The discrimination of Roma is common since from the perspective of the hegemonial culture they are not considered as part of the society. In addition to this, open racism is sadly pretty common too. The rejection of the Roma group leads to multiple social problems and conflicts. It’s troubled to find a flat or a job which can after several years of oppression lead to violence or thieving. This is normally the only problem the majority sees and therefore the institutional racism lives on. Amaro Drom is providing a non-rejecting community and open space to Roma in order to find their way of living decently in Berlin.

Our seminar group was truly intrested in the subject since all have had experience about Roma people in their home countries. The discussion with the workers of the organization got on for over an hour. It felt that the visit in the organization opened many eyes and people had the feeling that they might be able to be part of solving the problem also in their home countries.

Everybody witnesses discrimination at some point of their lives

One of the educational methods we tried out was sharing experiences of discrimination or racism in our own organizations or daily lives. We shared ideas of how is it possible to handle those kinds of situations. The question is: Do you stand back and silently acknowledge discrimination or do you have tools how to interfere? First we shared our experiences in small groups and then took a few case examples in discussion with the whole group, It felt good to hear all the perspectives of the group since all of us has such a variety of backgrounds.

After all we had long and intellctual discussions of preventing racism. But one doesn’t have to be a professional to fight discrimination. I think the best way of contributing is showing an example. It is hard to oppose bullying but if you are not alone, it’s going to be easier. In the end with many people sharing the same values – anti-discrimination will become part of our culture.

Eyes open for the future

The seminar was a long period of almost ten days of learning, sharing and working. Many people wanted to create intercultural, European wide networks in order to continue working with the new people we’ve all faced during the seminar. Talking about intercultural issues might end up feeling sad and depressed if you watch the politics all over the europe right now. Nationalism is a growing way of thinking in the politics. It seems to many people that the problems of global and intercultural world could be prevented by closing the borders.

But I think the whole group acknowledged that it is vital to think the other way around. The group consisted of people already working in order to solve these social problems so thinking of mutual projects was in the end really rewarding. In order to solve all those problems we really have to stick together, try to understand each other and co-operate in the global world.

3.7.2013, The writer took part in the seminar and he is a Finnish student studying sustainable development and an eager writer 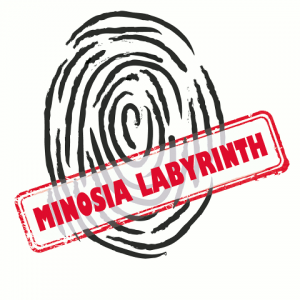