To “break the walls” people first need to understand each other and to see perspective from other people eyes. Communication is essential for anything in life and so for cooperation and living.

Aim of this training is to connect people from different backgrounds, different cultures, countries and even continents and to show them how there always is a way to manage relations. Participants will be “forced” to work together in different games, role plays and simulations to finish their tasks. They will need to use all kinds of communications, verbal, oral, listening, written and non – verbal. 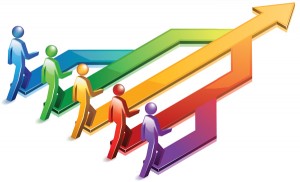 Goal is to achieve synergy in workshops that will also last after lectures in the evening, to motivate them to make their own informal games and plays and also for them to continue with contacts and networking even after training course and to seed their knowledge gained on this training course.

If we only talk then we repeat what we already know but if we look and listen other people then we learn something new and useful for future.

The Curse of Babel 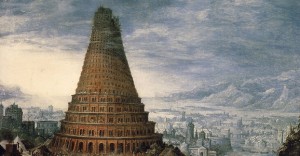 Background of story
When people from different nationalities were building the Tower of Babel they reached amazing levels of cooperation because they all spoke same language, then God introduced them to other languages and since they failed to communicate and did not understood each other they failed to finish construction of famous Tower of Babel.
More information about story: www.en.wikipedia.org/wiki/Tower_of_Babel

Brief description of this method
People are devided in multinational groups, one person from each country with one moderator on a side that “controls” their actions. They must do some simple task, for example make a parachute from knick-knacks for egg to land safely from two meter high altitude but they can not use English language, they can only speak in their own native language. It will also help them to use non-verbal communication tools, pantomime, different diction even if other people do not understand their language. It is good not to put people from different countries that have similar language like Italians and Romanians, or Spanish and Portuguese, or South Slavic countries. They can use straws, paper, tape, or anything useful.

Aim and objectives of this tool for learning
Aim is to show people how it is when you are not included, when people do not understand you and how much harder it is for you to do something when you must try extra hard to be on the same level as others. It can also symbolically show how it is to people with dissabilities, minorities, refugees and other vulnerable groups. It can be with moderator or without moderator, time is also not fixed, from one hour up to two, or three, it all depends from groups but it is always good to have time frame fixed in beginning so groups can focus more on work.

Result
Outcome of that group work is not what is important but the way how they get to result and process of action and their synergy. All partricipants will try to work their best so that their egg can survive. It is good method to use in beginning of Training Course when people do not know each other that much and for people to break the ice. After game main moderator can talk with them to see how people felt during work, how was their way of communication and in the end, self – reflection for participants, do they feel that something could have been different or better.
Invented by: Aleksandar Petković

– How simple things of live were different then –

Living library concept is about one on one or one on more people talking about different subjects, its good for getting to know someone and as a ice breaking game but it can also be used as a method to learn more about specific subject or ideas. This idea is for participants to talk about contemporaries of Cold war era but not about big, political topics, but a day to day things, how they lived, how some simple things today were not so easy then, for example traveling, food rations, clothes, making movies or music, getting a job, interacting with people and etc. With that younger people can see how it was for regular people to live and work in eastern block and to appreciate more freedom of movement and freedom of choice that they have today but also to see how there were some nice things in that period and that it was not only bad things then.
More information about this concept you can find on this link

Other methods that will be used

Besides this, other methods that can be used are workshops, role plays, fishbowl, simulations, interactive presentations (world caffee) about their similarities and differences, discussions and also some future project development that can be done with similar subject.

Semination can be done by standard means of communication, making a youtube video about training course, writing a blog, making a future event, organizing next training that will raise awareness in fields connected to this, interviews on local televisions or radios where locals will be informed about what happened in that training course and more about Erasmus+ programme.