On Wednesday the 9th of March, we went to Bernauer Str. to visit the Berlin Wall Memorial. Our guide was born and raised in West Berlin and she has been living alongside the Wall for the first twenty years of her life.

According to her, it is important to keep parts of the Wall to remember that period of history.

Listen to Neringa, one of the participant, for whom it was also interesting to see the Wall in reality. As a matter of fact, the Wall and the “in between land” (hinterland) have been reconstituted as before 1989. 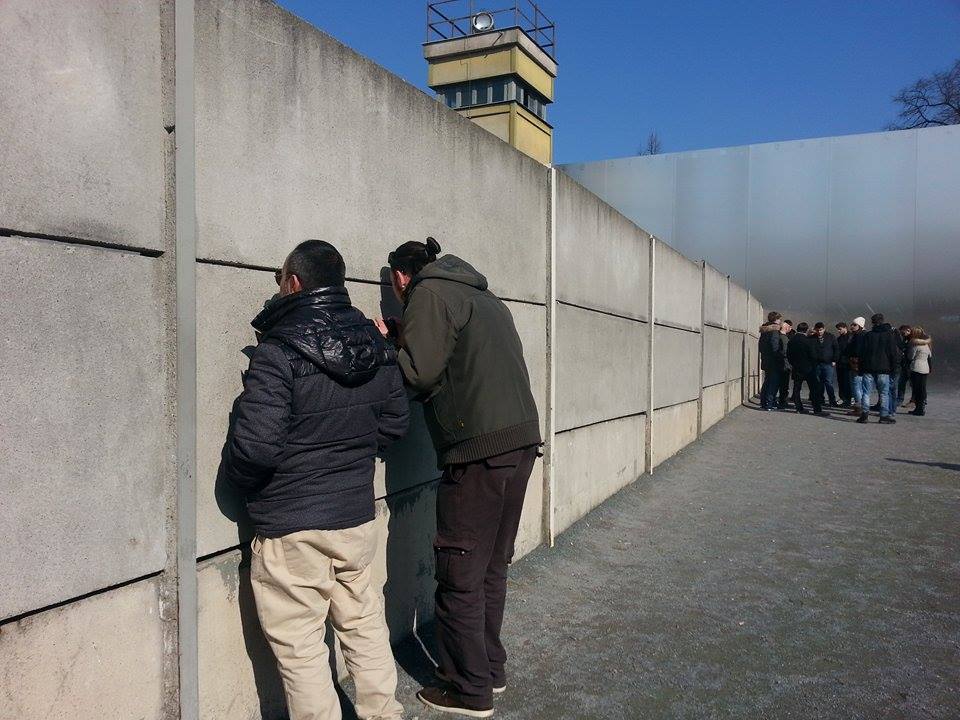 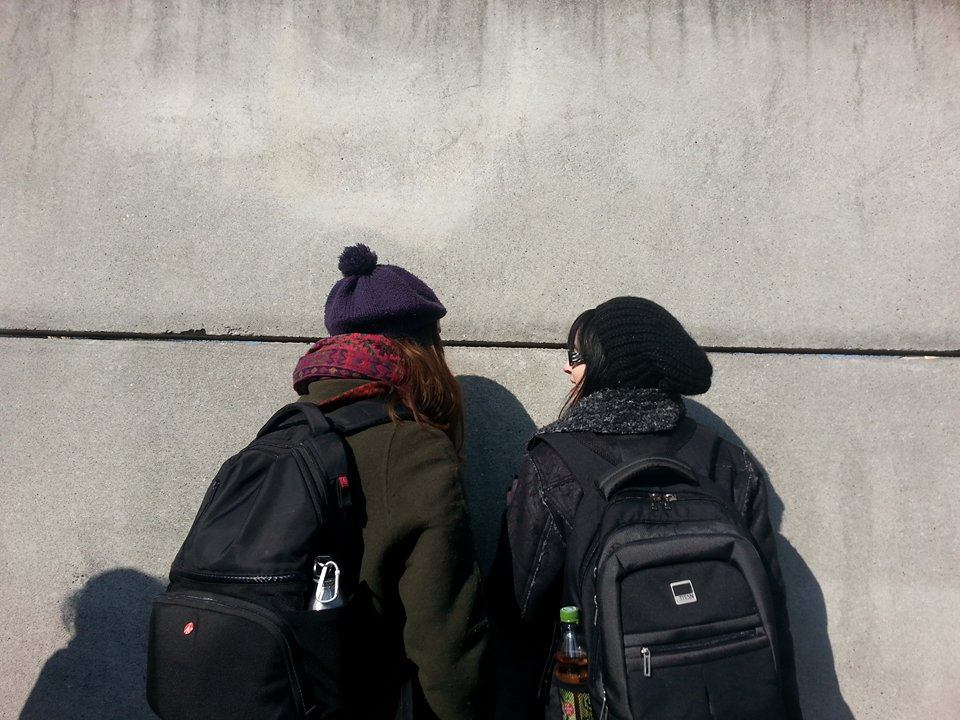 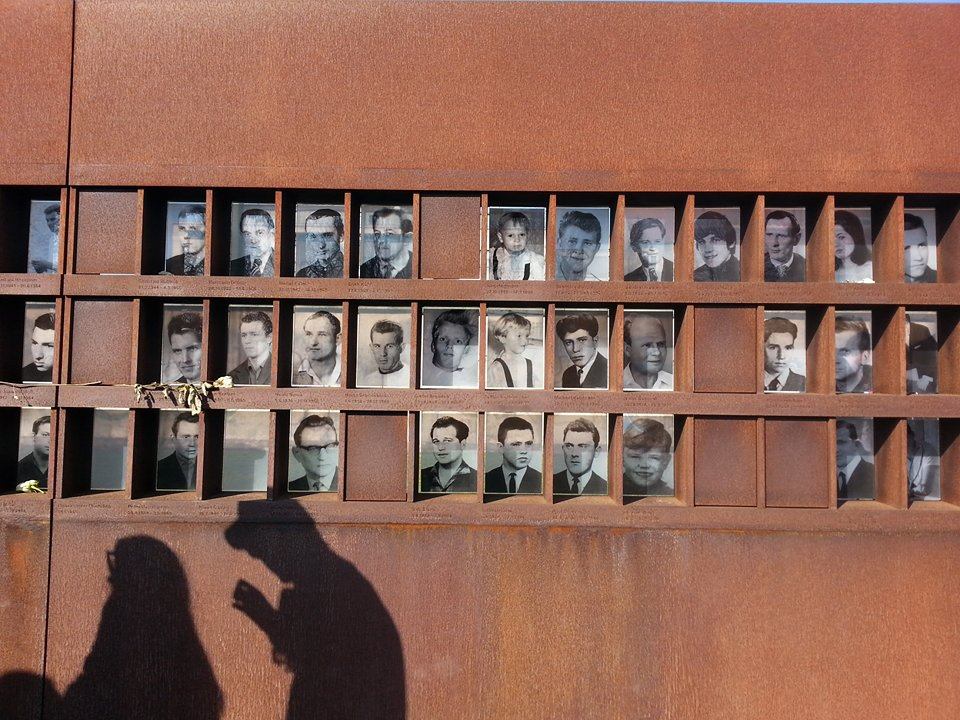 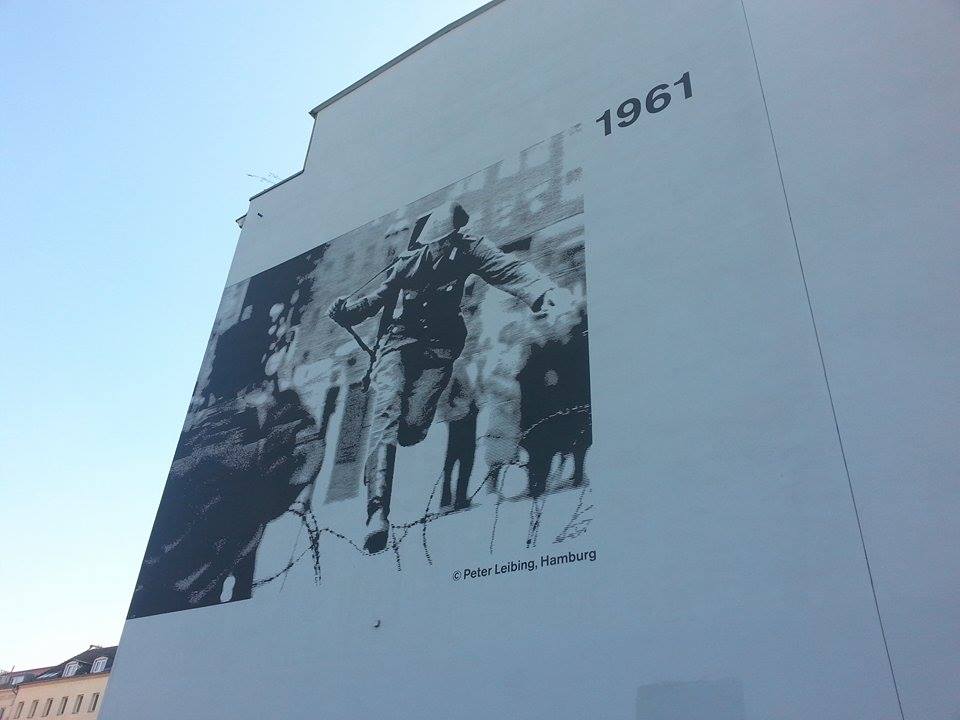 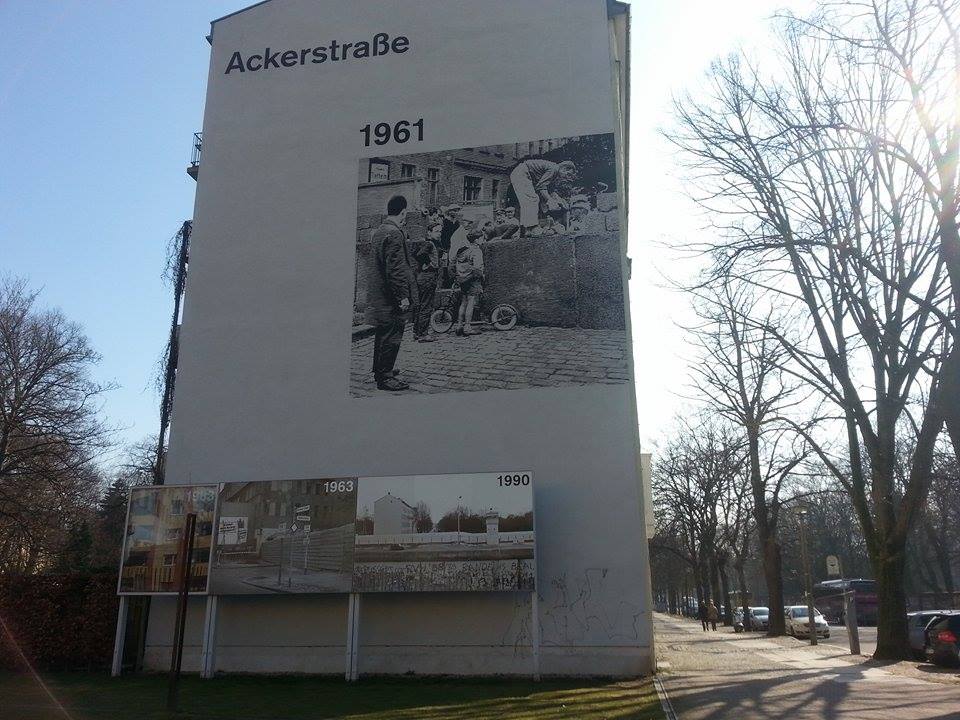 On our second day of the training 7 action research groups started exploring the city – visiting memorial sites (the one visible and the ones not so visible), interviewing passers-by, examining different perspectives on the cold war era in Berlin.

Here are some impressions from our activities and some puzzle pieces of the topography of remembrance in this city.

Group 1 – The Airlift Memorial & the Museum of Allies

Group 3 – The Stasi Museum, Memorial to the 17. June 1953 Uprising, Federal Ministry of Finance and the Mural 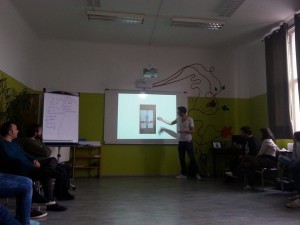 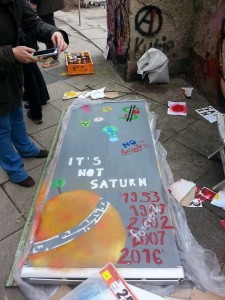 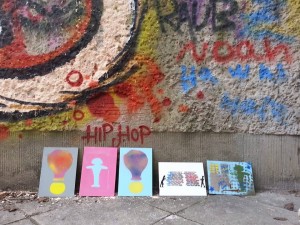 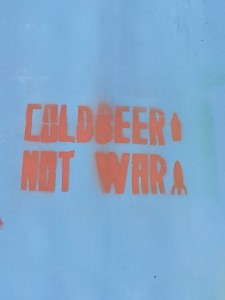 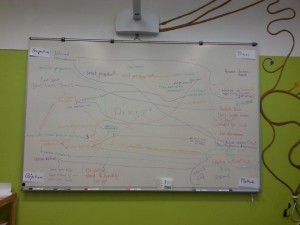 Here is a link to my presentation. I will be happy to provide further resources or answer any questions: http://prezi.com/udfwq0mumofe/?utm_campaign=share&utm_medium=copy

Today it was a day full of activities!

In the morning, Marina presented some methods for deconstruction narratives and perspectives in the public discourse. She gave us a very interesting input regarding how we perceived the surrenders and especially how history is told or not told around us. Museums and memorials in our cities are important to analysed and deconstruction in order to understand what story is being told behind them.

In the afternoon we went so several memorial places in Berlin, we visited them and we analyses exactly how history is delivered in this places. We also analysed where are they located and how are they related to the city, to the visitors and their curators.

We were differet groups all of us visted various places including the Stasi Museum and Prisons, the DDR Museum, Treptower Park, The Refugees Musuem in Berlin and the TV Tower in Alexander Platz.

In the ‘eighties I lived on and with the Wall in the Kreuzberg district. The Panorama gathers together my own experiences and recounts to the observer stories which are rich in detail, and which would not have happened all at the same time. The many scenes from everyday life in the images presented by the Panorama show how the population came to terms with the situation and circumstances.” (Yadegar Asisi on his creation – source asisi.de)