During the morning of October 21st we started the day with a session called “The reverse of Wealth – or what’s our responsibility for the migration of others?”. We had to form small groups and got a usb with a movie and information on a certain topic, all related to causes of migration, such as climate change, exploitation of resources in non-western countries, unfair labour conditions, child slavery etc. With the provided information we had to think of a campaign in order to fight these problems or raise awareness on these topics and, if possible, provide solutions or alternatives to take responsibility over these issues as privileged citizens or consumers. It brought an interesting focus to a deeper reflection on how we as individuals are involved in and responsible for what is happening in the world and how we can be part of change. After the research phase all groups presented their work, with very interesting ideas and campaigns. For example one of the groups made a poster with a picture of a coat with the title: “Real human skin coat, $0,99! Do you know the real price? Someone is working to death for your coat!” 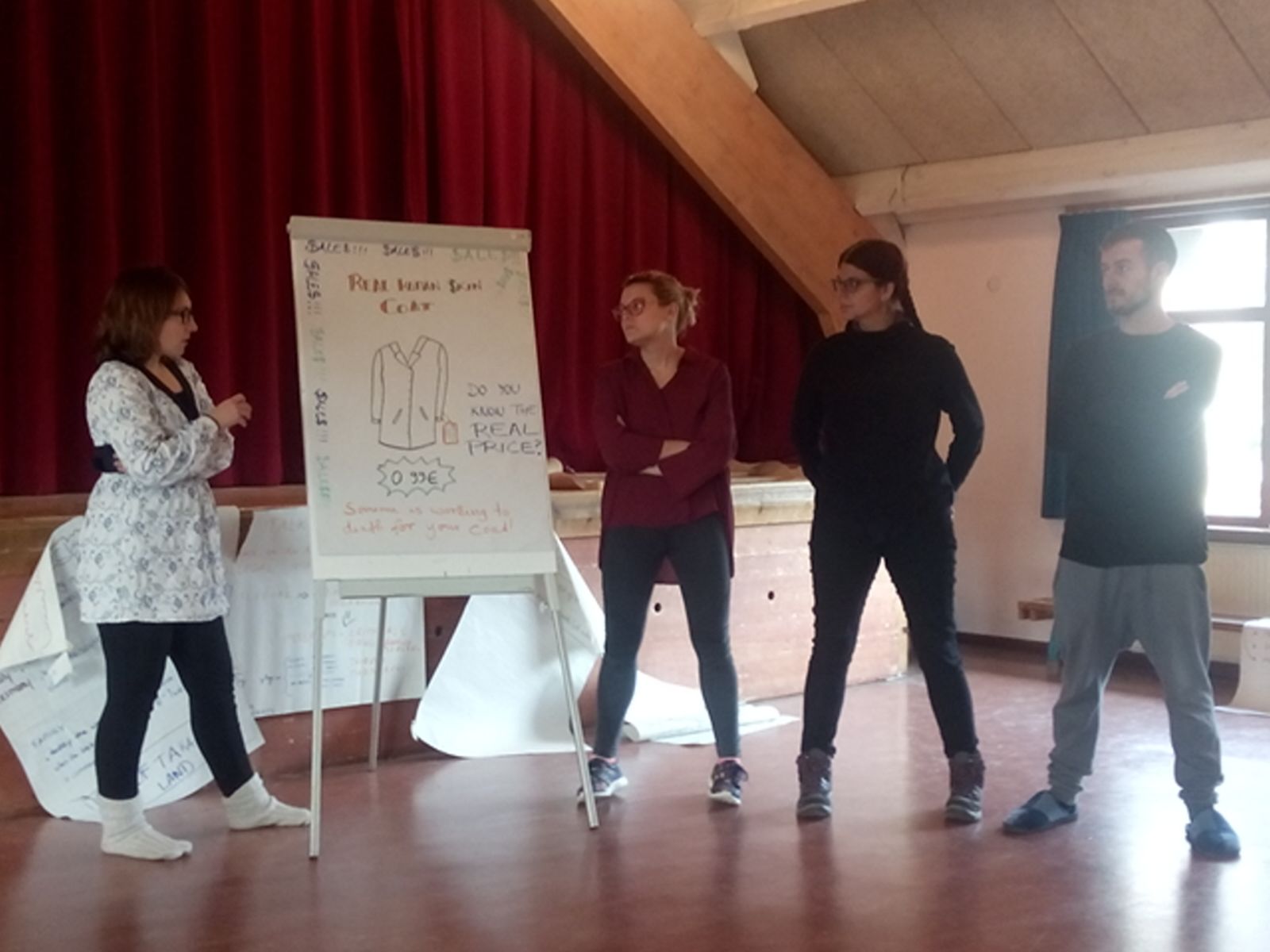 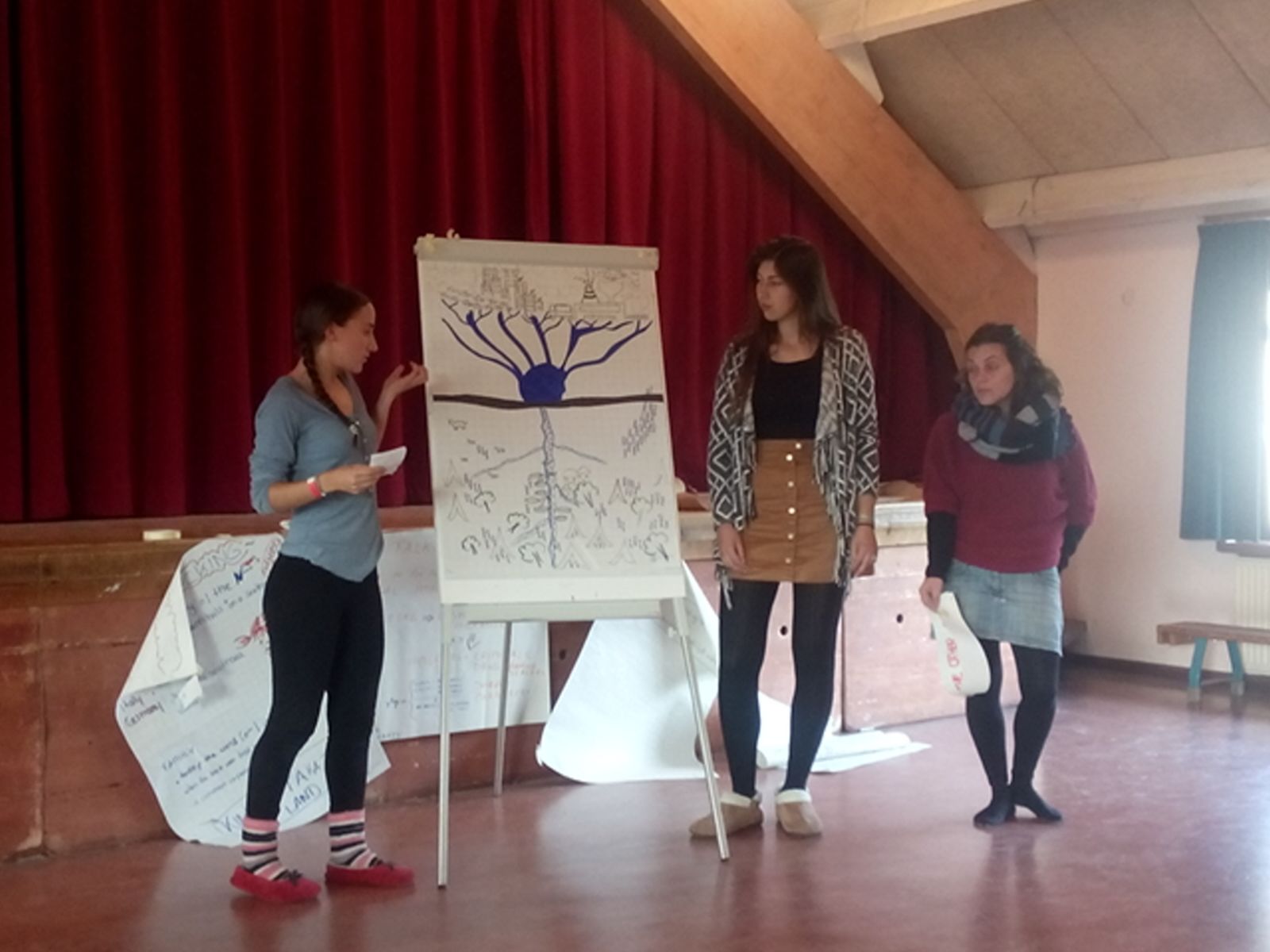 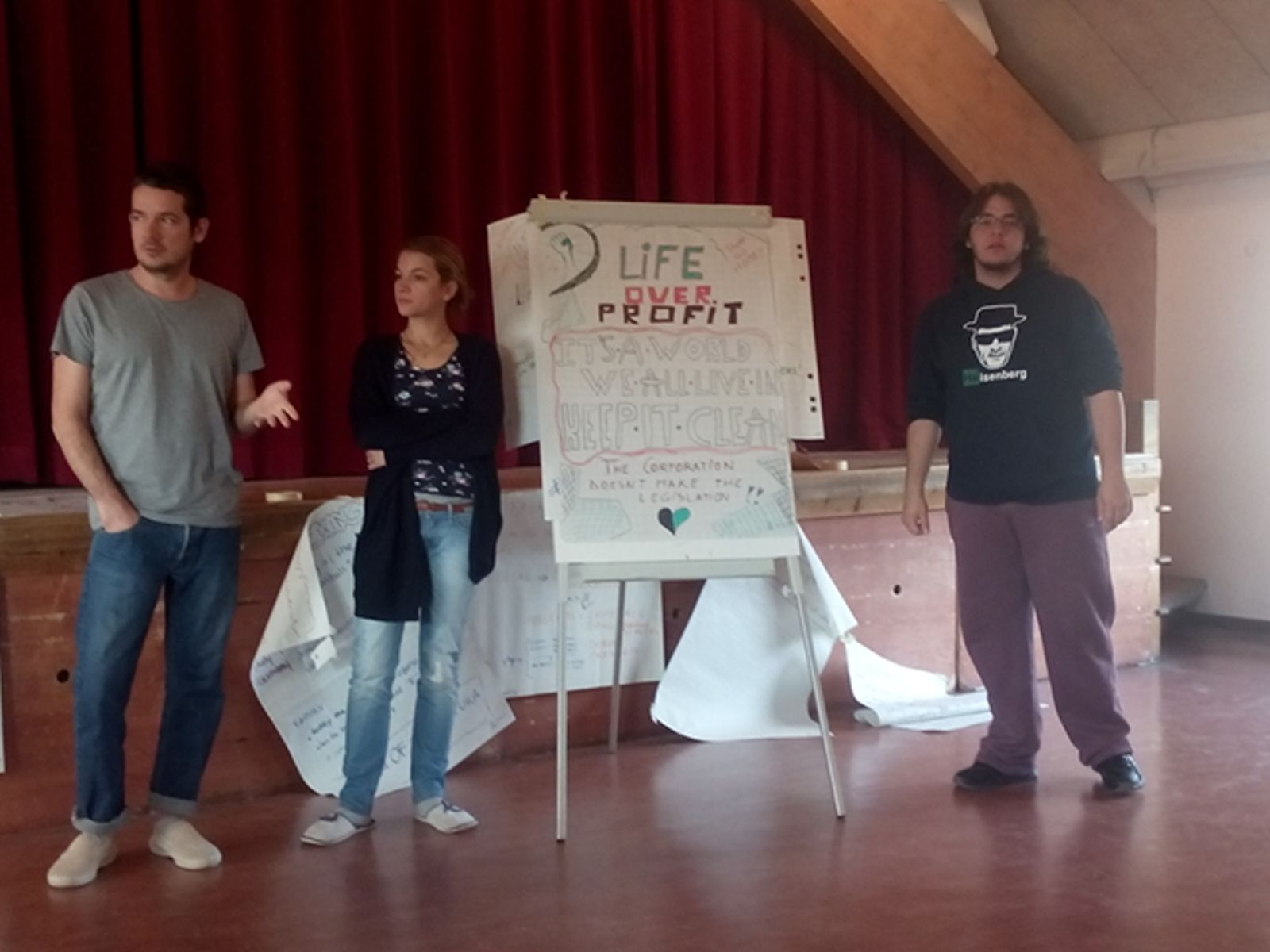 In the afternoon the training consisted of two type of exercises, connected however by a red line, that of defining, expanding and questioning the term and concept of citizenship.

We initially started taking apart the notion through role playing and debating as part of a fishbowl discussion. This works by forming several groups of three people, in our case, five, and assigning each group a role (a journalist siding with the freedom of movement, the president of the European Commission, two extremist, right wing and xenophobic people and a mother, who came as a refugee but is now fighting for the right of her son, born in The Netherlands, in order for him to obtain Dutch citizenship).

The topic – European citizenship – who is entitled to have/obtain it?

After half an hour for preparing the discourse and arguments, the discussion  started with one representative of each group sitting in a chair, in a circle, simulating a talk-show. As the debate progressed others could intervene and step in for their group by replacing the one sitting in the chair already, with one tap on the shoulder. This added great value to the discussion as all participants had a chance to present their arguments without interference and as part of a team. One the one hand, the exercise contributed to stepping in someone else’s shoes and understanding strategies, if not even discourse and arguments.

This occasioned us to question and take apart the question of citizenship, of identity and where identity lies and where it forms and how it can be represented and presented to others.

We formed groups and tried to come up with a new concept for identity and belonging – a more evolved, inclusive, emancipated one and this is what came out of the exercise (the most popular was the second one):